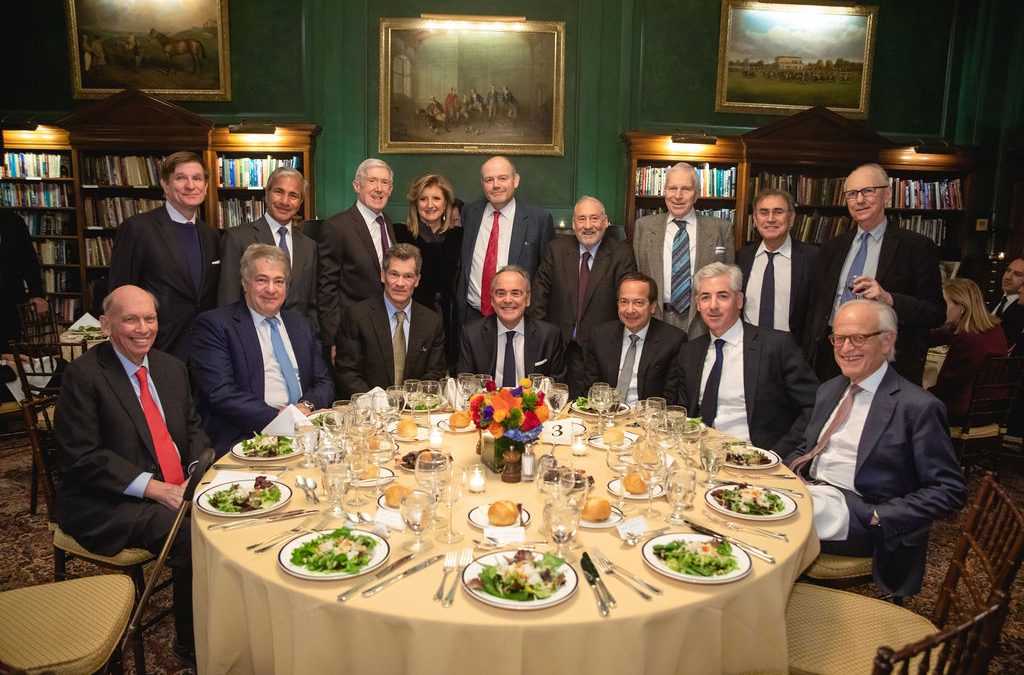 Several critical issues and challenges were frankly discussed. Among other topics broached were global and US economic prospects and political developments that could impact and derail essential predictions, such as the fact that a global recession in 2019 is increasingly unlikely.

With such people present, it was expected to have a discussion on the Federal Reserve’s policies for the immediate future and the US economy’s prospects.
The Chinese economy’s prospects were also discussed at length, with attendees agreeing that, despite its continued slowdown, there is no immediate threat of a serious crisis in 2019.

As it turned out, the main discussion topic was the US-Chinese increasingly tense trade competition. China’s looming domination of new technologies, such as artificial intelligence, mobile telecoms, payment systems and biotechnology has the US leadership worried because it is a potential game-changer in power balance.

As for the EU, it was agreed that 2019 will be critical and that the union is threatened with a long period of unraveling by factors such as Brexit, the rise of euroskepticism, populism and authoritarian rulers, the undermining of institutions and the continuing role of misinformation spread by social networking systems who create real and present dangers for democracy.

The dinner attendees concluded that measures must be urgently taken to blunt the social and income inequalities that breed populism.